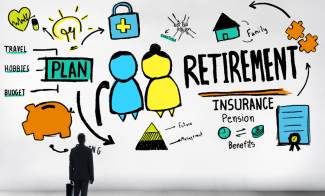 The Immeasurable Value of a Second Opinion

Quantity of advice is easy to come by – on the job, in the media, among your social circles and from armies of quota-driven salespeople. Quality advice is much more elusive. It’s no wonder families often lose heart and settle for so-so, instead of feeling absolutely energized by their advisory relationships. If you’re in a vacuum of quantity-over-quality in your financial advice, we know how you feel, and we’re here to advise you: It doesn’t have to be that way. Consider our own experience in the following true story from our President/CEO and Senior Wealth Advisor Ross Hoffman.

A few years ago I had a dilemma. I wasn’t sure what I had done to my knee during a yoga class, so I went to a doctor to find out. It turned out I had torn a meniscus, but that wasn’t the only problem. After an X-ray and an MRI, I was told the bones around the knee weren’t strong enough for surgery, so the doctor recommended I try crutches first. After a month of dutiful hobbling, there was no improvement. I asked the doctor when he thought I might get well, and he said I may never fully recover.

“Never” seemed unacceptable, so I sought a second opinion. The second opinion sounded like this: “We usually just repair the meniscus. Everything else seems to resolve itself post-surgery.”

This didn’t sit well with me either, so still hoping for a better direction, I went for a third opinion. I was told I should follow the recommendations of the first doctor, try the crutches for a little while longer and then, come what may, get on with my life.

Strike three left me very worried. No one seemed to have an answer. Was I truly out of options? Then it happened. I was with a friend who had experienced similar injuries and recommended his doctor. This fourth doctor was different. Everyone else was looking only at the standard diagnostics. This doctor started with the usual diagnostics too, but then went deeper. He recognized, as nobody else had, that I needed better answers, even if it meant an unconventional approach for both of us.

“Let’s look at your blood,” he suggested. I wouldn’t have thought this mattered, but a genetic blood study gave him the clues he needed to prescribe a successful anticoagulant injection plan based on my specific needs. Ninety days after I’d received my fourth opinion, I was healed, with no surgery and no further treatments needed other than periodic reviews and a vitamin regimen.

Even though I ended up getting four opinions, I’m glad I did. I finally found a doctor who was not constrained by conventional thinking, but rather heeded empirical evidence. But reaching this happy ending wasn’t easy. First, it took finding the right doctor. Then it required me to be open to his extraordinary advice.

We see families facing similar challenges every day in their struggle to achieve financial health.

Opinion #1 – “You may never be okay.” Many investors are offered reams of “diagnostics” – investment statements, financial reports, market analyses and more. But in the absence of informed context, they don’t know quite what to do with it. Problems lurk, with no sense of how to proactively address them.

Opinion #2 – “It will resolve itself.” Interesting. That sounds like a lot of the common investment attempts we hear. Let’s just go in and buy this and sell that. Here’s a question for you: Shouldn’t your investment plan (and, yes, you should have one) be measurable, and about you and your goals?

Opinion #3 – “Don’t rock the boat.” We often hear people say they have tried many advisors over the years, but they still struggle with the same problems. When the fashionable approach is the wrong one for you, it doesn’t matter how many times you turn to it; it will remain wrong throughout.

OUR Opinion – We help busy families live meaningful lives. To add uncommon insights into your wealth and your life, we relish opportunities to look past the status quo, deep into the whole person who is our client. When families turn to us for a second opinion, we offer a complimentary get-acquainted conversation and, when appropriate, a probing portfolio analysis. Our goal is to replace platitudes and gloss-overs with a written, personalized action plan and solid, evidence-based solutions. Real answers to real questions.

AN INVITATION TO ACTION: THE HOFFMAN & ASSOCIATES SECOND OPINION

As wealth advisors, we see unresolved issues in people’s lives:

How often have we heard: “I’m happy with what I have.” “My advisor is a friend.” “I think everything is fine.” Wouldn’t you like to know for sure? That sounds simple, but it isn’t. Families who have worked their entire life often come to us uncertain about where they stand in achieving their life’s goals.

No matter how many second opinions you’ve received in the past, we hope you’re open to one more – the one we believe will be different from anything else you’ve experienced. Let’s review your written wealth plan if you have one. If you don’t have that yet, let’s explore what such a plan would look like for you, and the improvements it could bring to your and your family’s well-being.